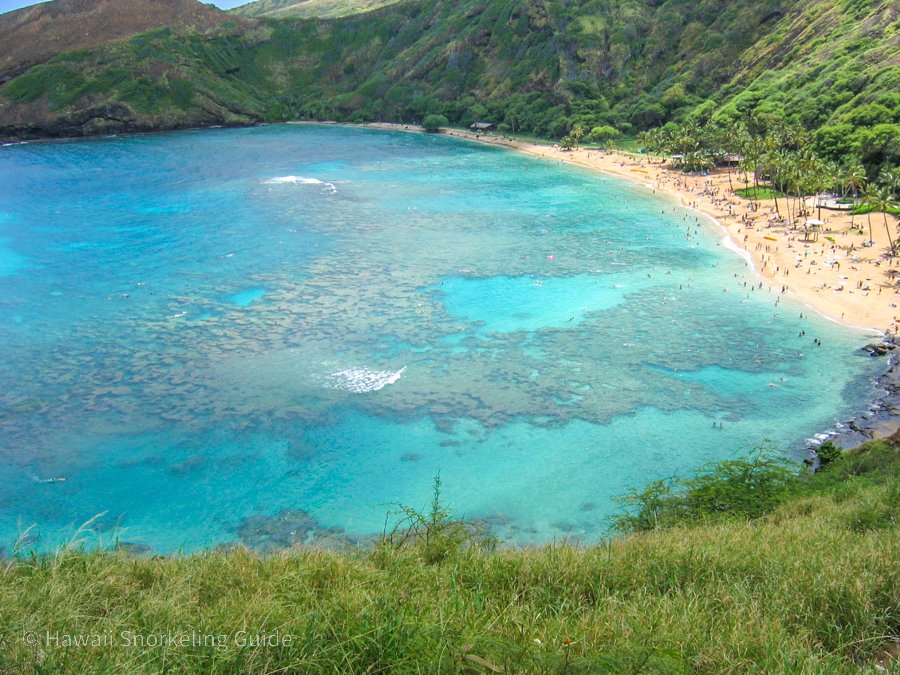 The most fish in one place in all of Hawaii

Hanauma Bay Nature Preserve is the most famous of Hawaii’s snorkeling beaches because of it’s high fish population, calm shallow water, and white sand.  This beach has the tamest fish in Hawaii.

Located on the southeast side of Oahu, this old volcanic crater is protected from all but the biggest of ocean swells making it a wonderful place to snorkel for beach goers of all ages. Everyone should go to Hanauma Bay Nature Preserve at least once. 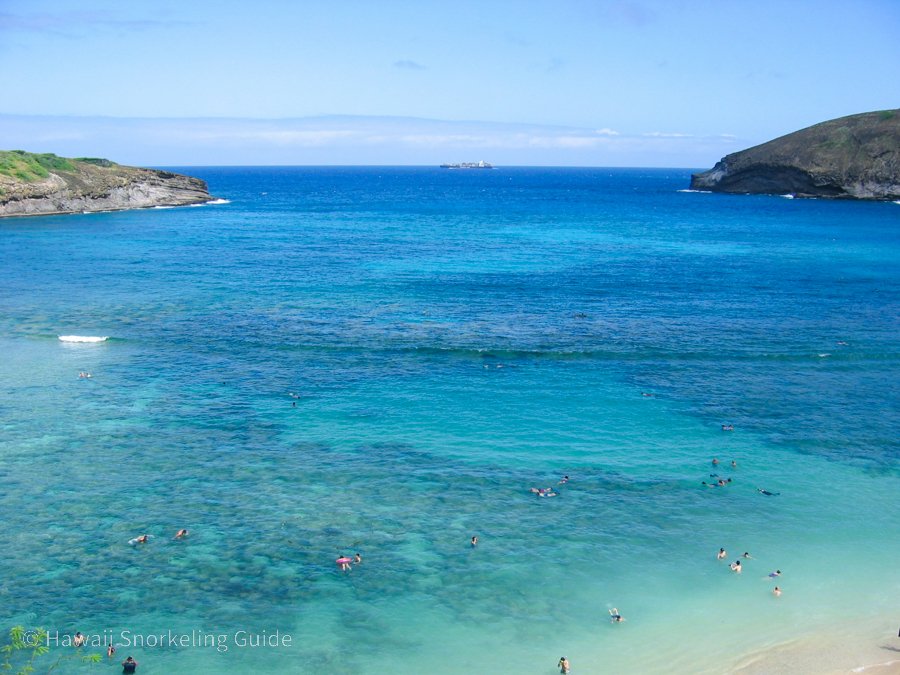 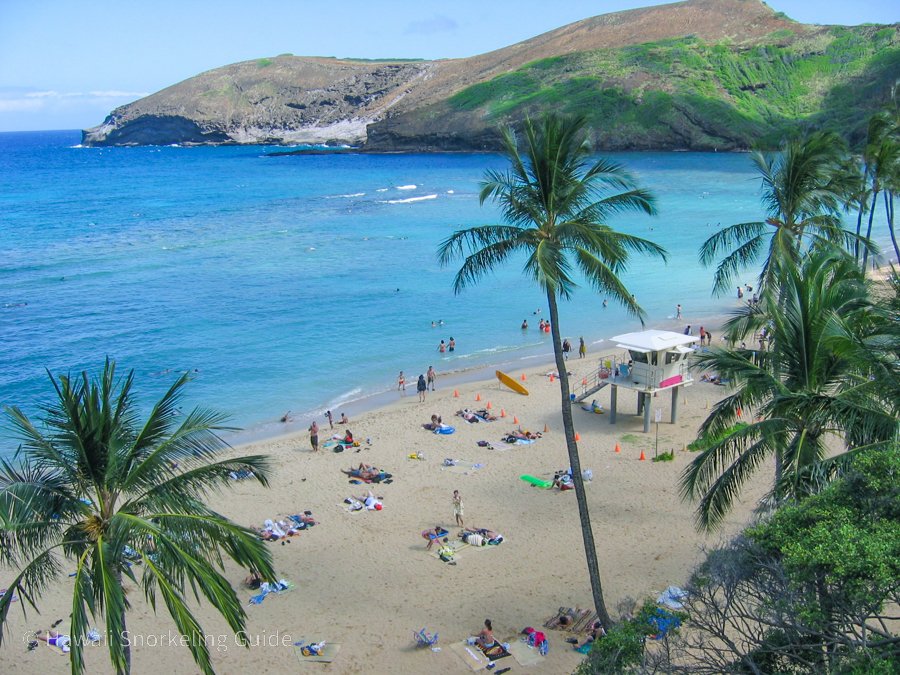 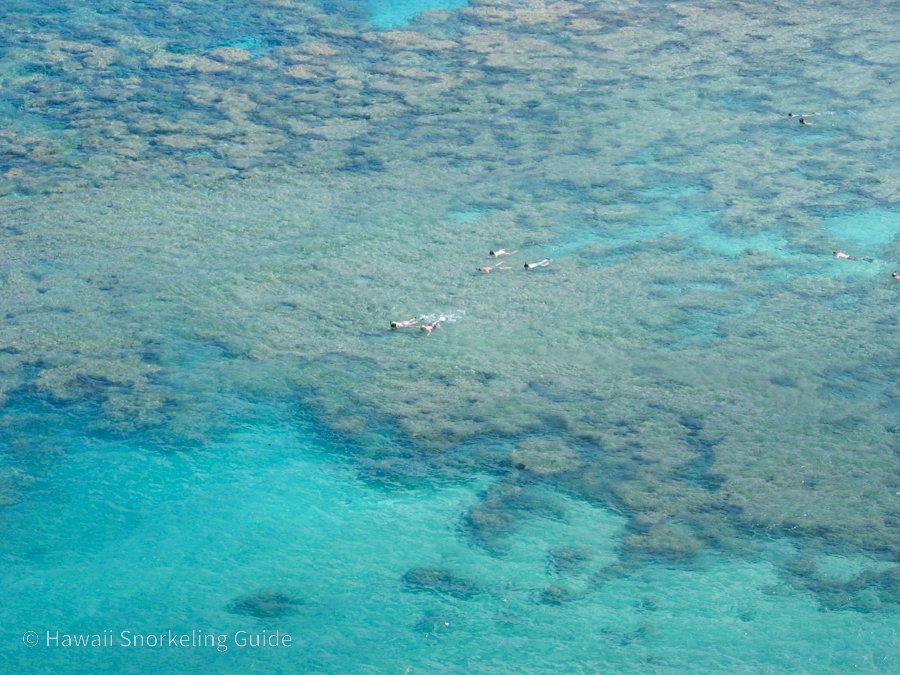 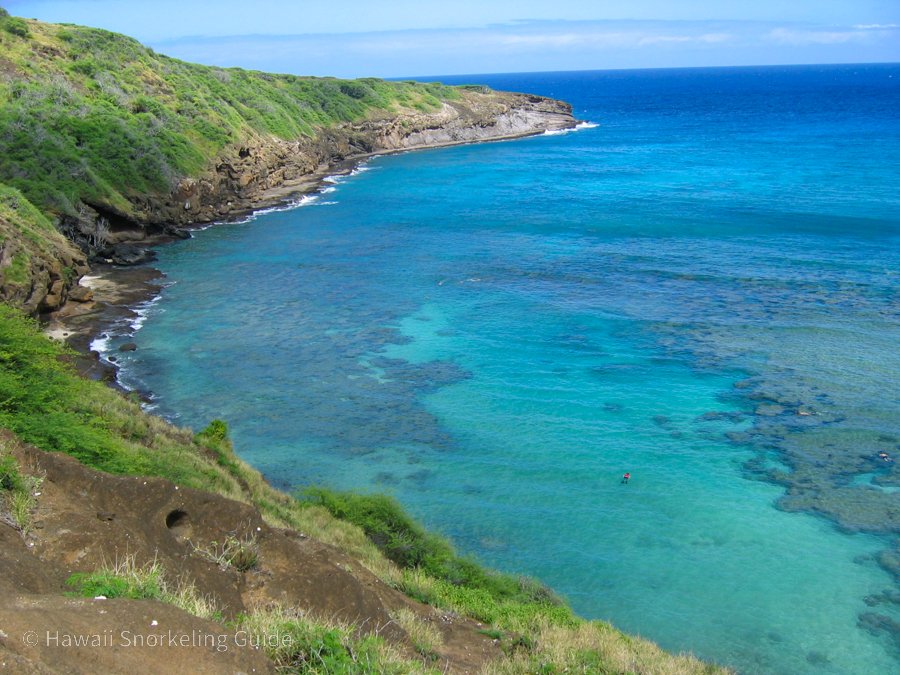 Years ago, Hanauma Bay had up to 10,000 visitors a day – way too many for such a fragile ecosystem. In 1990, the City and County of Honolulu began improvements to reverse past years of abuse and neglect. One of the changes included limiting visitors to 3,000 per day – a much more sustainable amount. In 2002, the Hanauma Bay Marine Education Center was completed to teach visitors about this unique ocean ecosystem. Everyone must watch a short video in the Marine Education Center before entering the preserve where you are encouraged to treat Hanauma Bay as “a living museum”.

3,000 people a day is still a decent amount, so you wont be the only one at Hanauma Bay but I doubt you’ll notice once you’re snorkeling. 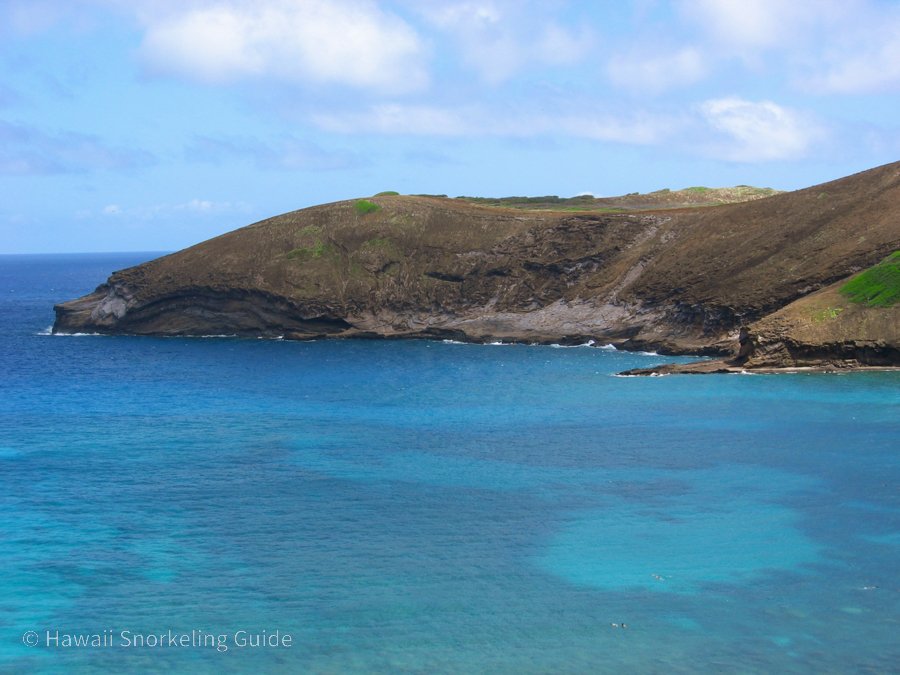 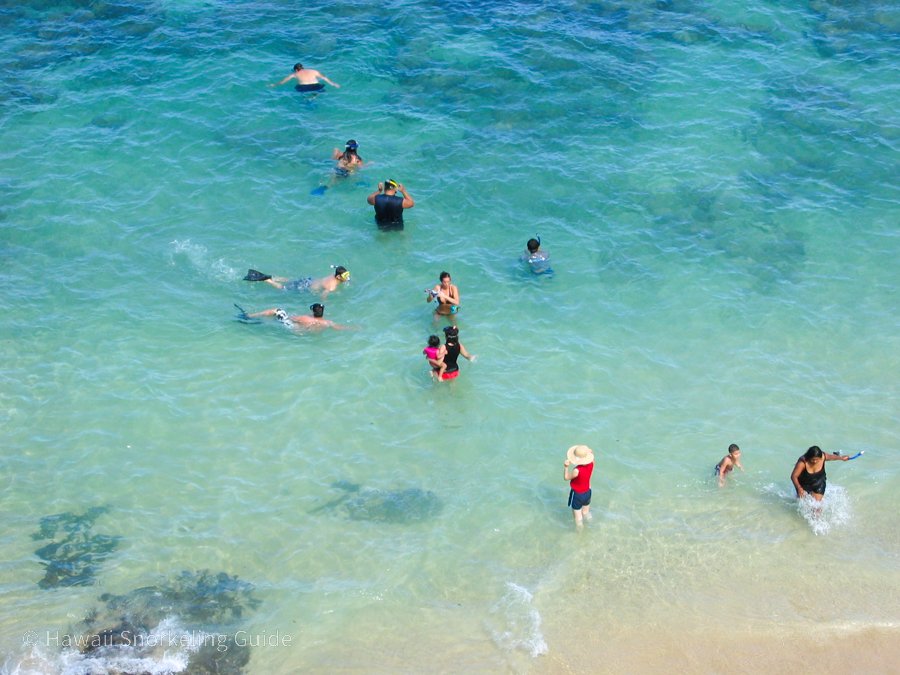 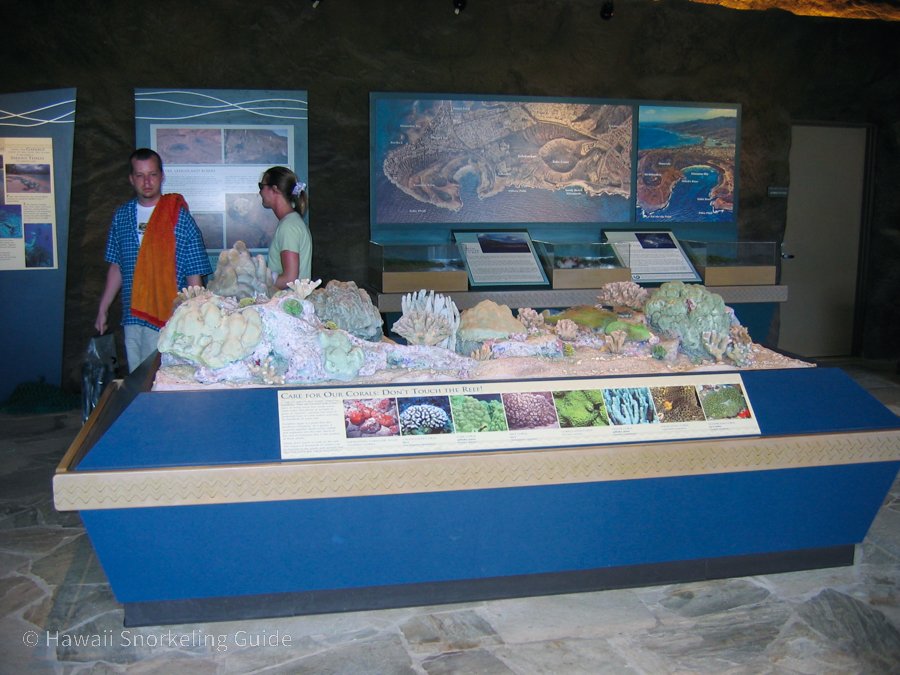 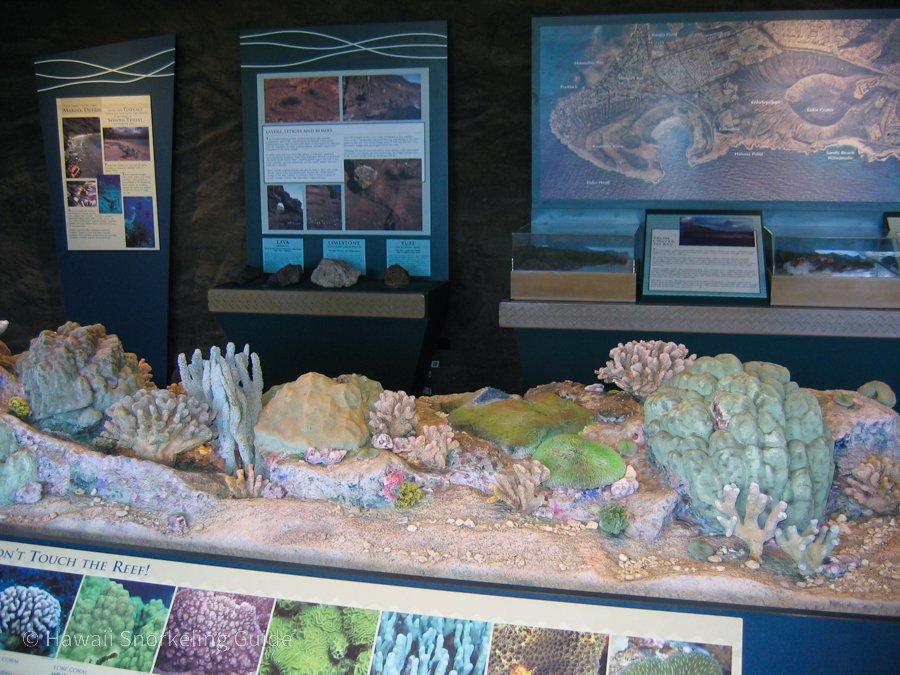 By the way, if you would like to snorkel pristine reefs that are typically only seen by locals or just want to spend your vacation day being pampered instead of planning, I would advise taking a snorkel tour.  Having ridden every Oahu snorkel tour, I would recommend the Dolphin and Whale Snorkel Sail as my choice hands down choice.  Their extensive knowledge and treat-you-like-family customer service make them my go to guys for snorkel tours on the island of Oahu.

Great snorkeling for both the novice and intermediate

The shoreline is almost all white sand with coral beginning a short way out.  The shoreline is extremely calm and you’ll be able to wade right into the water with no difficulty. 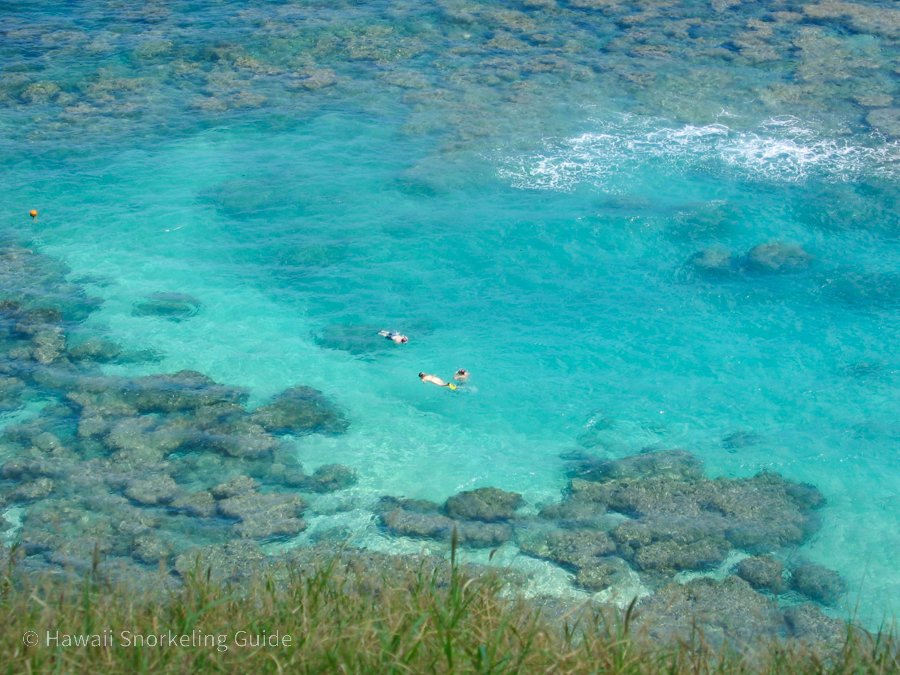 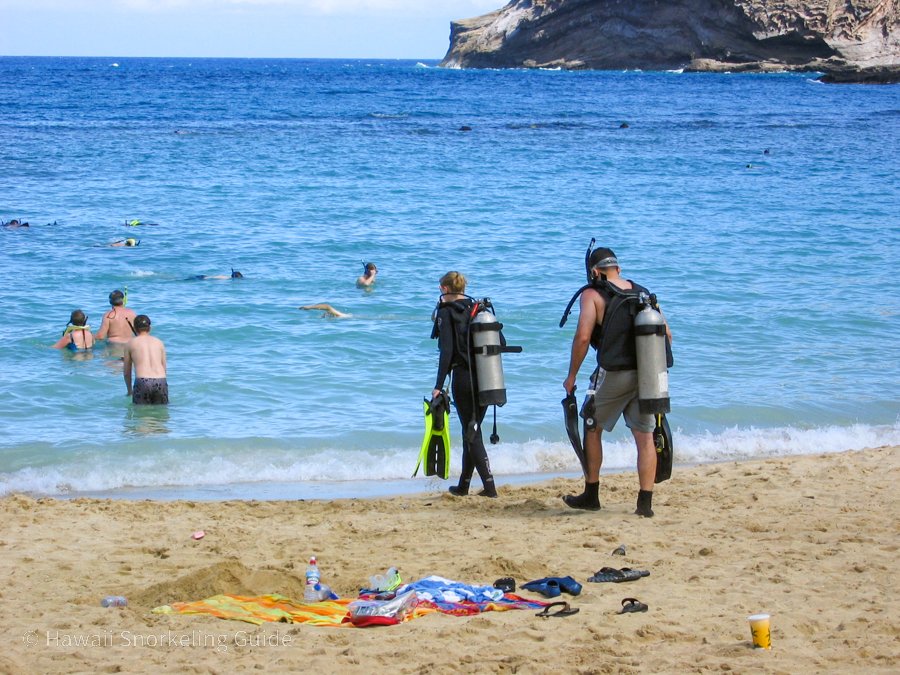 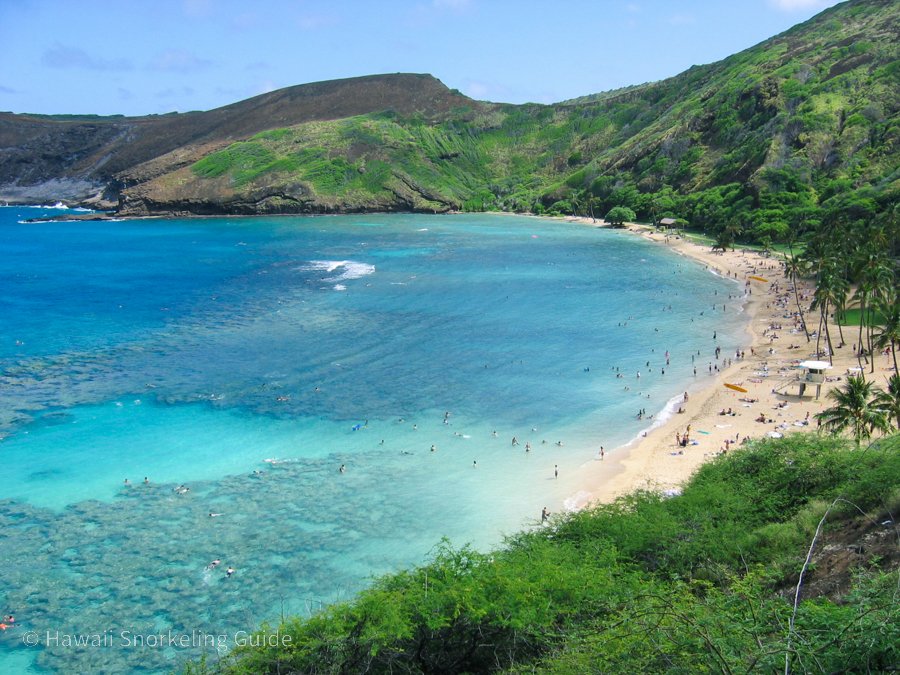 Swim a short way out from the sand to get to the clear water.  There are lots of crevices and caves to peek into once you get out over the coral reef.  The fish will be everywhere seeming almost oblivious to your presence.  The depth of water over the shallow coral ranges anywhere from about waist deep to 15 feet, getting even deeper the farther out you go.

There’s a $7.50 per person entrance fee for those over 12 years old.  The fee is waived for those 12 years and under or for Hawaii residents with valid identification.

The parking lot is located on the ridge above the bay.  Go early in the morning to make sure you’re able to get in.  Once it fills up you’ll be turned away. Parking costs $1 for the whole day.

Snorkeling at Hanauma Bay Nature Preserve is closed on Tuesdays to help minimize the impact on the ecosystem so plan accordingly.

There are grass picnic areas up near the parking lot and a concession stand to buy food and drinks.  You’ll also be able to rent snorkel gear down on the sand if you forgot yours.  The showers, restrooms, and lockers are located down on the beach. There are lifeguards on duty. 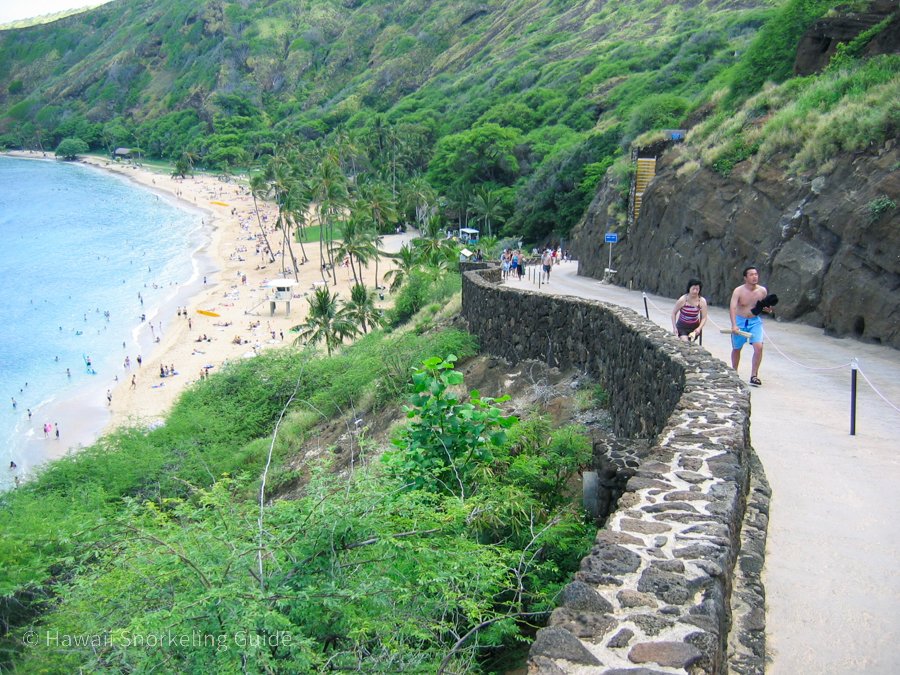 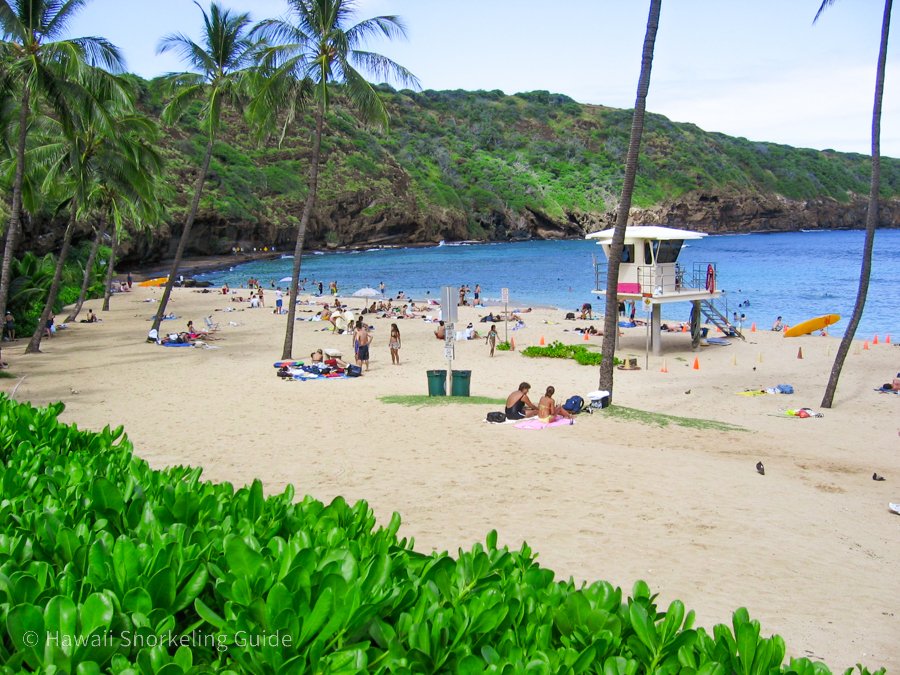 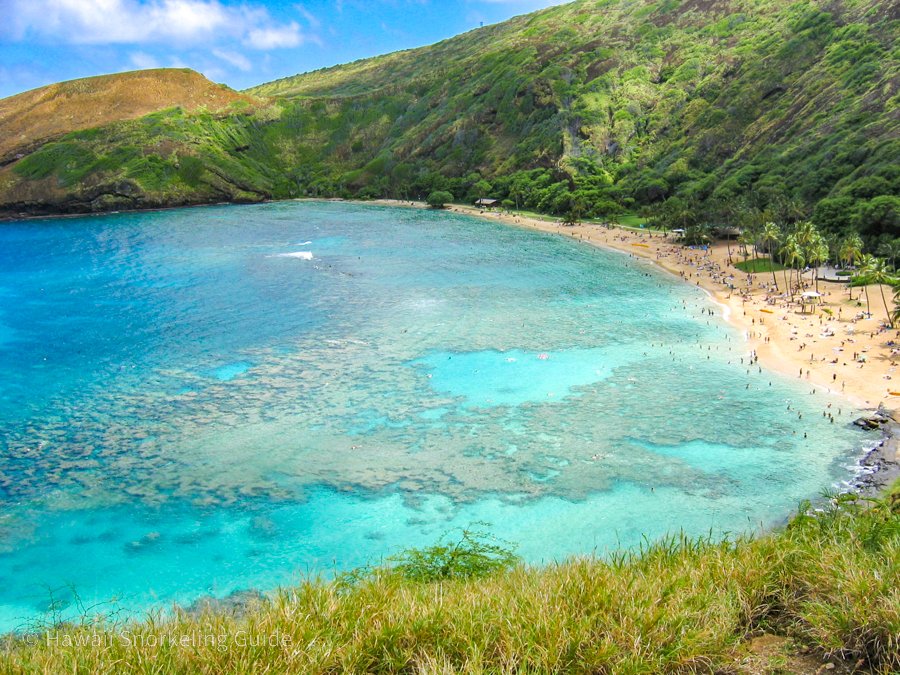 It’s a steep walk down from the parking area to the bay but there’s a tram that will take you up and down every few minutes.  Personally, I like the walk so I can look over the ledge at the ocean.  It’s one of the famous views on Oahu.

How do I get to Hanauma Bay?