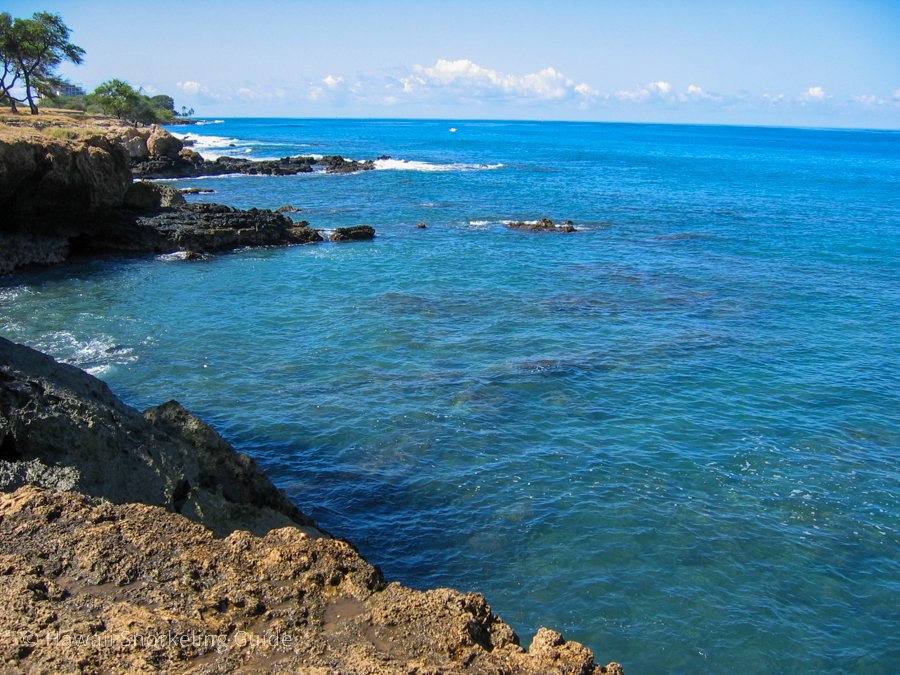 My favorite snorkeling spot on Oahu

Kahe Point Beach Park is my favorite snorkeling beach on Oahu because of its clear blue open water and high fish population.  The water clarity is as good, if not better, than anywhere else on the island.  In fact, on a good day the visibility can rival almost anywhere in Hawaii.  That’s saying a lot! 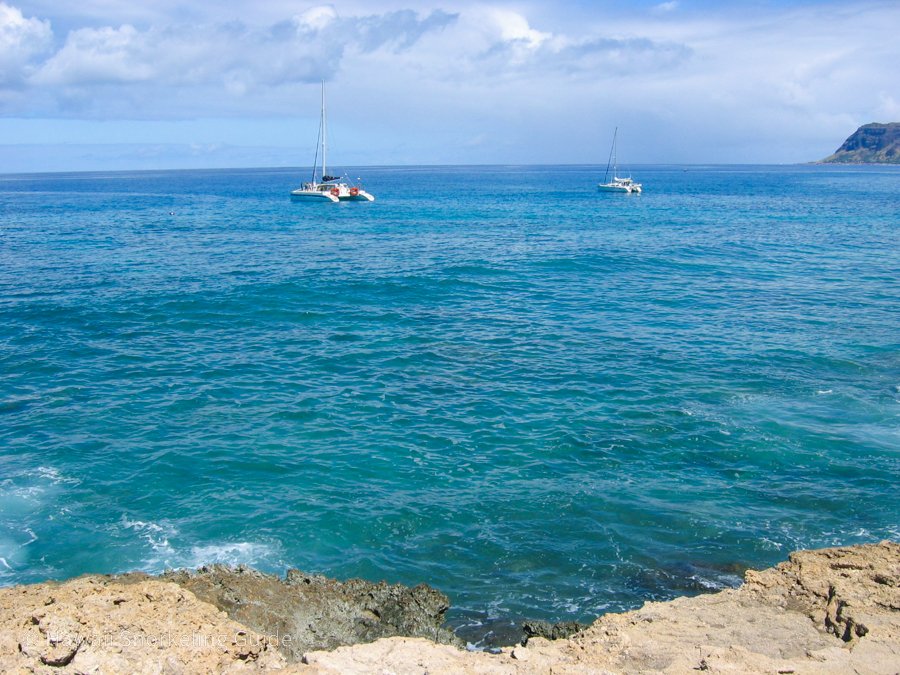 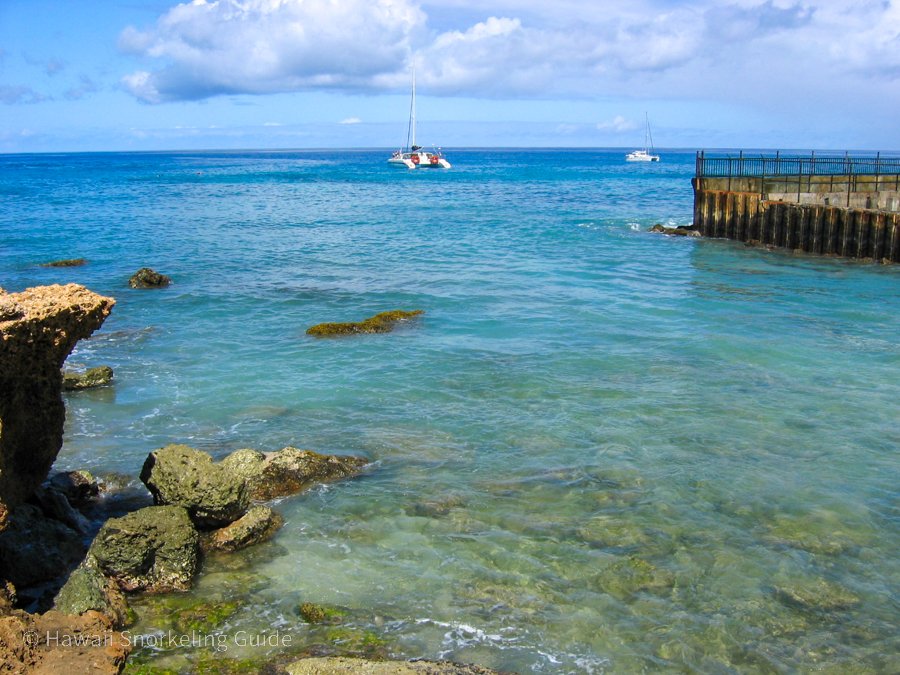 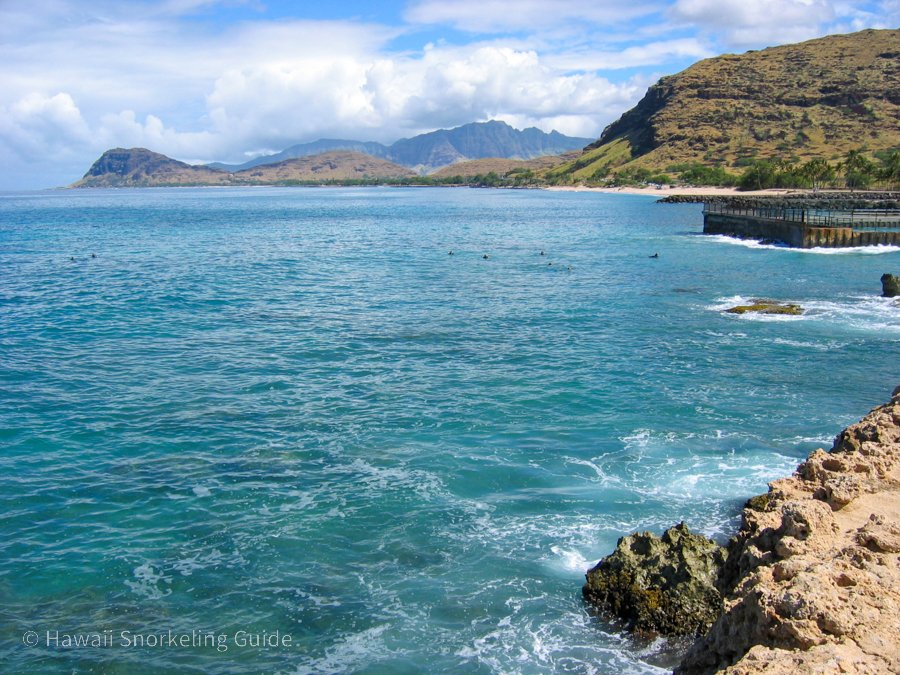 The Kahe Point Beach Park snorkeling area is located on the west side of Oahu, just north of the Ko Olina Resorts.  Kahe Point is nicknamed, Electric Beach because of the electric power plant located nearby.  The electric plant outflows clean warm water through two giant cooling pipes offshore.  At the openings of these pipes the water temperature is several degrees warmer than the surrounding ocean.  The warm water attracts scores of sea life.

Electric Beach is best suited for the intermediate to advanced level snorkeler as there is a moderate swim involved and no life guards are in the area.

If you’re more of a beginner snorkeler or just want to be pampered for the day, I would advise taking a snorkel tour.  Having ridden every oahu snorkel tour, I would recommend the Dolphin and Whale Snorkel Sail as my choice to see Electric Beach.  Their knowledge of this area and customer service make them my go to guys for snorkel tours on the west side of Oahu.

Best for the advanced snorkeler

Electric Beach is very shallow near shore, getting progressively deeper as you head out.  You’ll be able to find whatever depth of water you feel most comfortable swimming in.  The water is about 20 feet deep at the opening of the pipes, giving you a bird’s eye view of the schooling fish.  Large smooth boulders cover the pipes but most of the sea floor is made up of white sand and some coral flats.

Do not dive down in front of the openings to the pipes!  The flowing water is more than strong enough send you doing underwater cartwheels.  Just snorkel around and above them; believe me there’s plenty to see. 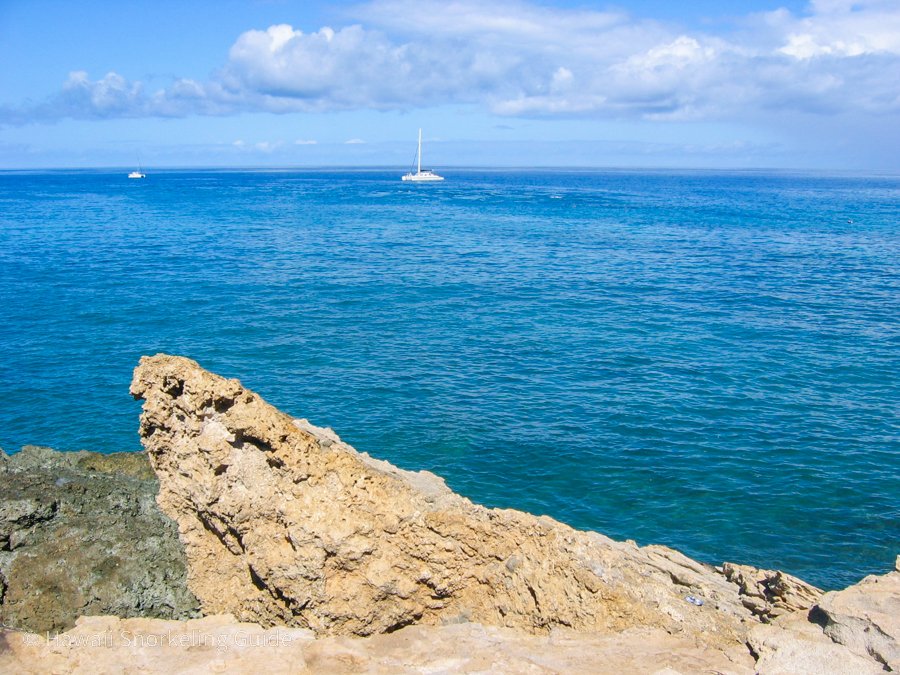 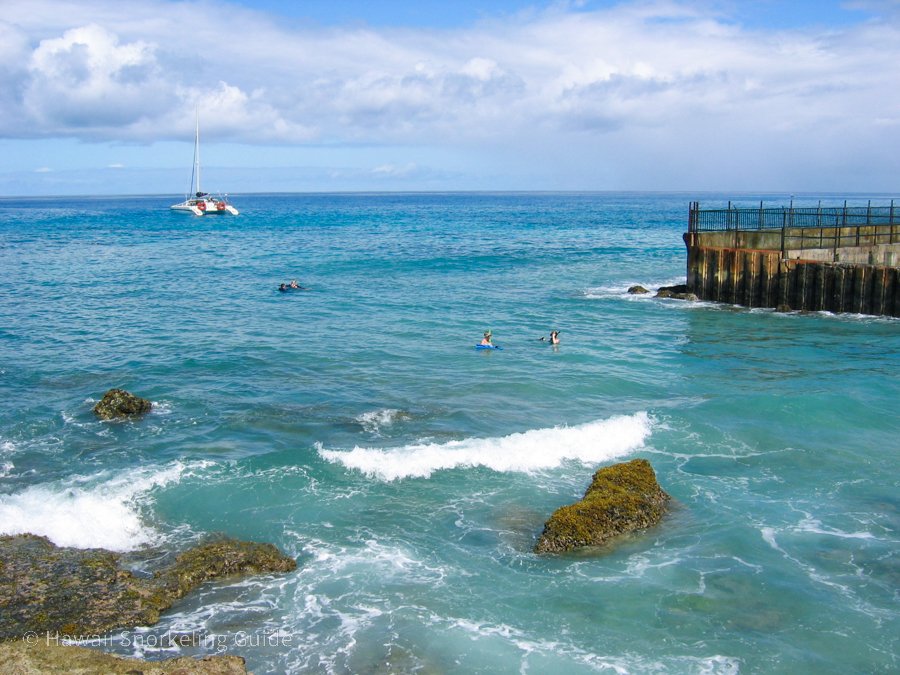 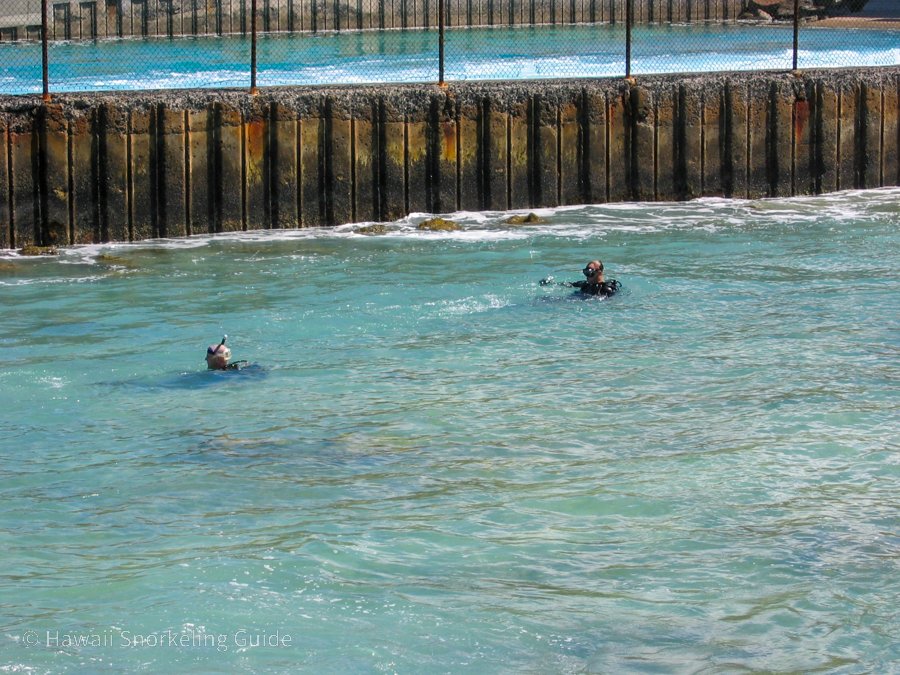 Enter the water at the small sand beach just to the right of the large pavilion.  There’s certainly going to be some breaking waves near shore, so keep a hold of your mask and fins as you enter.  The combination of the waves and sand beach make the water near shore very cloudy, but just keep swimming out and just past the waves the water will clear up dramatically.

Another common sight at Kahe Point is the Hawaiian green sea turtle.  They congregate around the coral heads that form along the length of the pipes.  If you keep your eyes open, you’re pretty certain to see at least a couple of these graceful creatures.

I’ve been saving the best for last…

Kahe Point is one of the key Oahu resting grounds for hawaiian spinner dolphins.  Spinner dolphins feed at night then rest and take care of their young in the calm inshore waters during daylight.  These guys have have taken a real liking to the great conditions around Kahe Point so keep your eyes peeled.

The parking lot looks out over the ocean and is right next to the pavilion area.  There are bathrooms and showers located between the pavilion and the small sand beach.  There is no lifeguard on duty or stores nearby to buy drinks or food so remember to bring a cooler with your goodies. 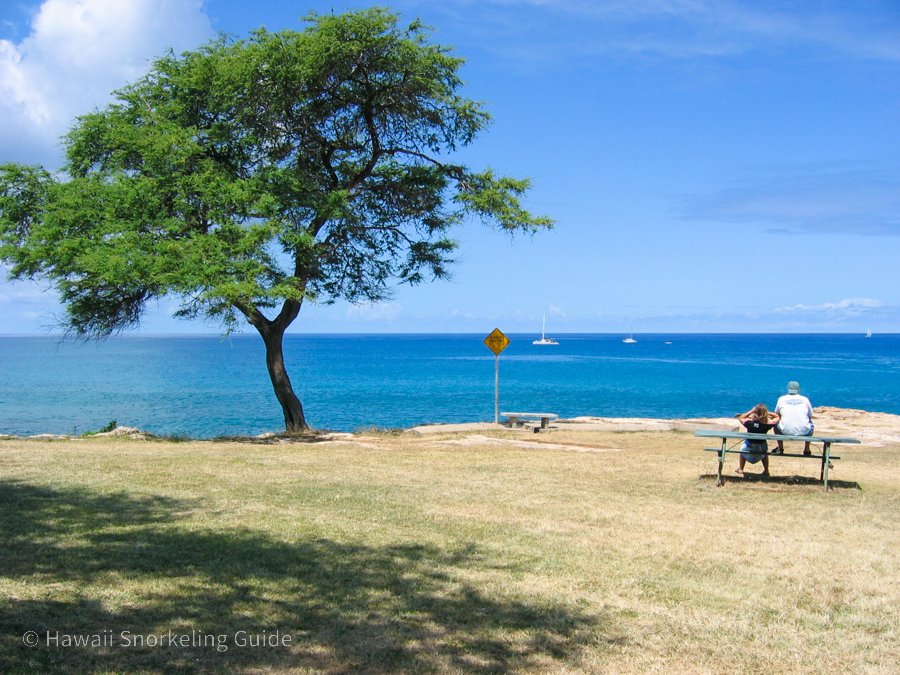 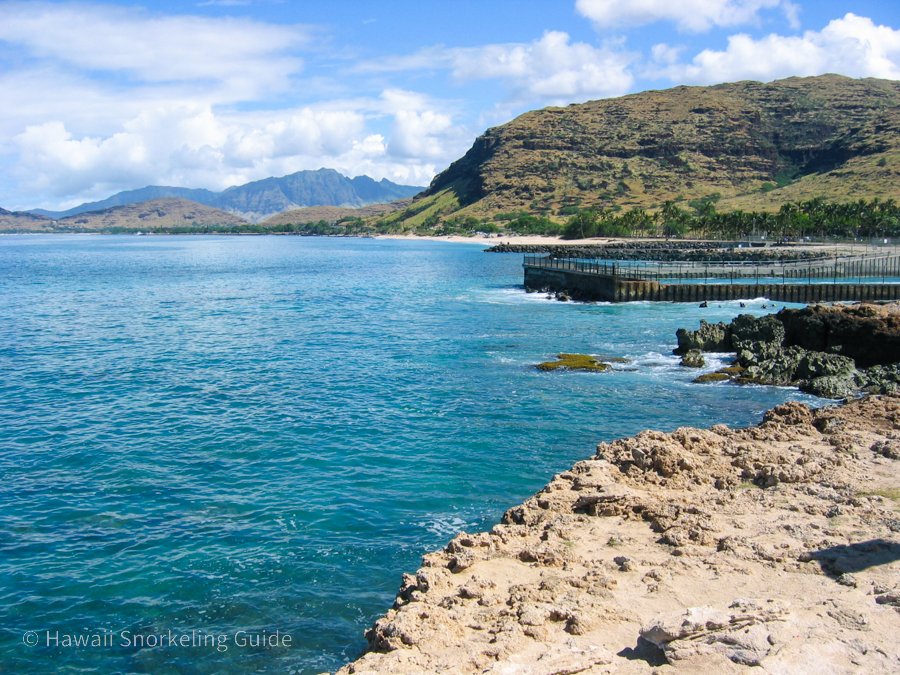 How do I get to Kahe Point Beach Park?