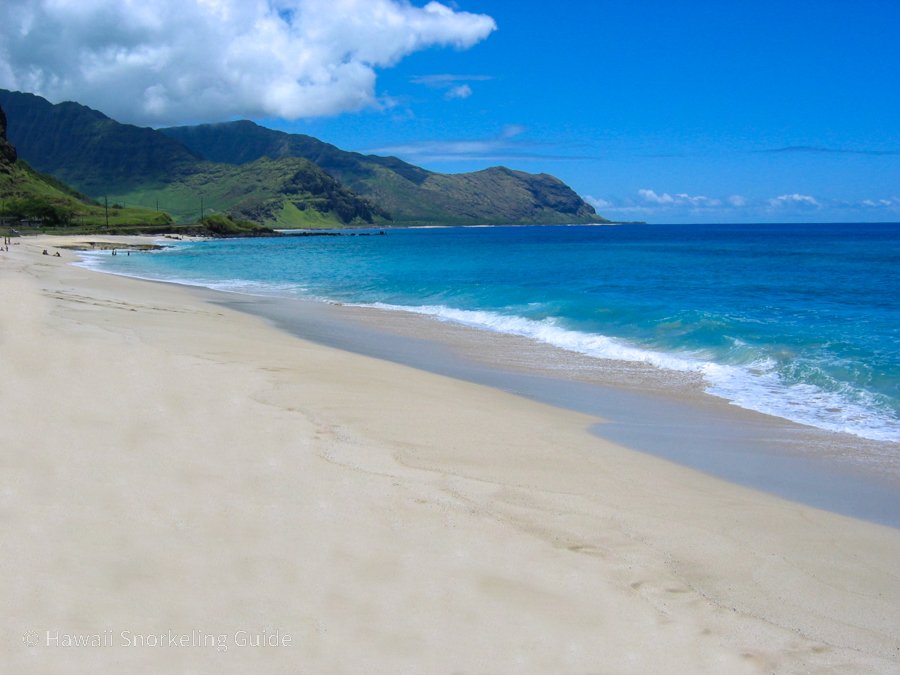 Oahu’s capital city of Honolulu has an average yearly coastal water temperature of between 76°F (March) and 81°F (September) – that’s only a 5°F change all year!

Oahu also draws more visitors than any other island in Hawaii with its blend of scenic beauty and metropolitan conveniences.  Famous sites like the capital city of Honolulu, Waikiki, Pearl Harbor, The North Shore, Punchbowl, and Hanauma Bay are on Oahu.

Across the State of Hawaii, the trade winds blow in from the Northeast.  Therefore, on Oahu, the calmest ocean conditions are on the South and Southwest shores.

That’s not to say that you can’t find great snorkeling on the windward shores but overall the wave conditions tend to be the flattest on the leeward side away from the deep ocean swells.

Trade winds bring the tropical rain so the Northeastern side of Oahu tends to be greener.  Rain is a great thing for plants but the freshwater run off into the ocean makes for more turbid sea water.  In other words, the more rivers flow into the sea, the murkier the water.  As a general rule of thumb, the leeward side of the island consistently has the clearest water.

A Snorkeling Beach For Everyone