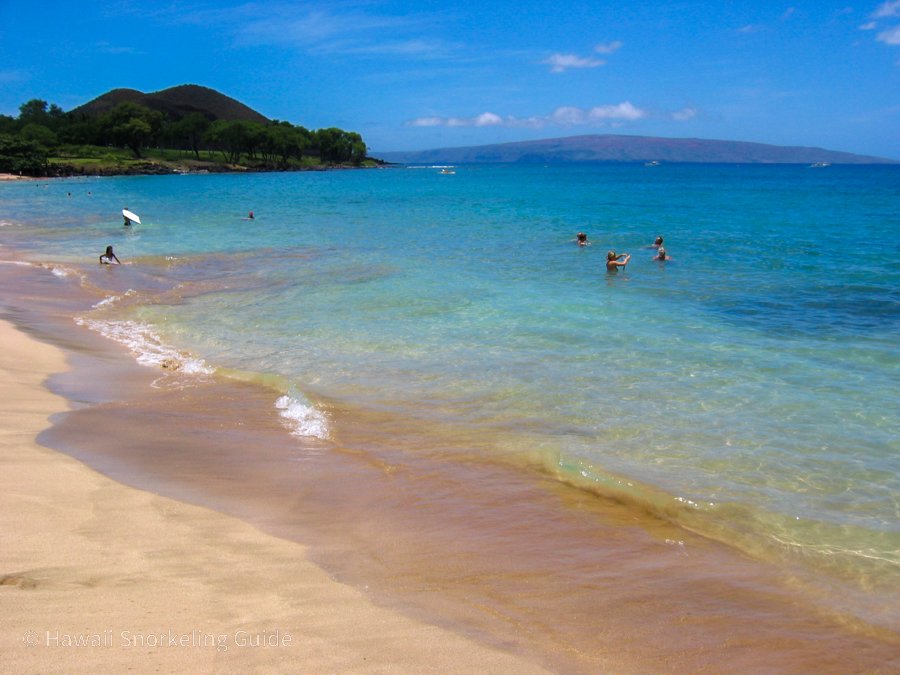 My favorite snorkeling beach on the south shore

Turtle Town Maui is the long stretch of coastline in between Nahuna Point and Black Sand Beach in the southern district of Makena.

Although a large area, generally, most people who say ‘Turtle Town’ are specifically referring to Maluaka Beach.  Why?  Because Maluaka is the best snorkeling beach in the Turtle Town Maui area!  It also happens to be my favorite place to snorkel on the south shore of Maui.  Calm blue water filled with fish and marine life all along a white sand beach.  Well, technically, the fish aren’t along the sand, but we’ll get to that later.  As its name suggests, Turtle Town Maui is known for its high population of Hawaiian green sea turtles. 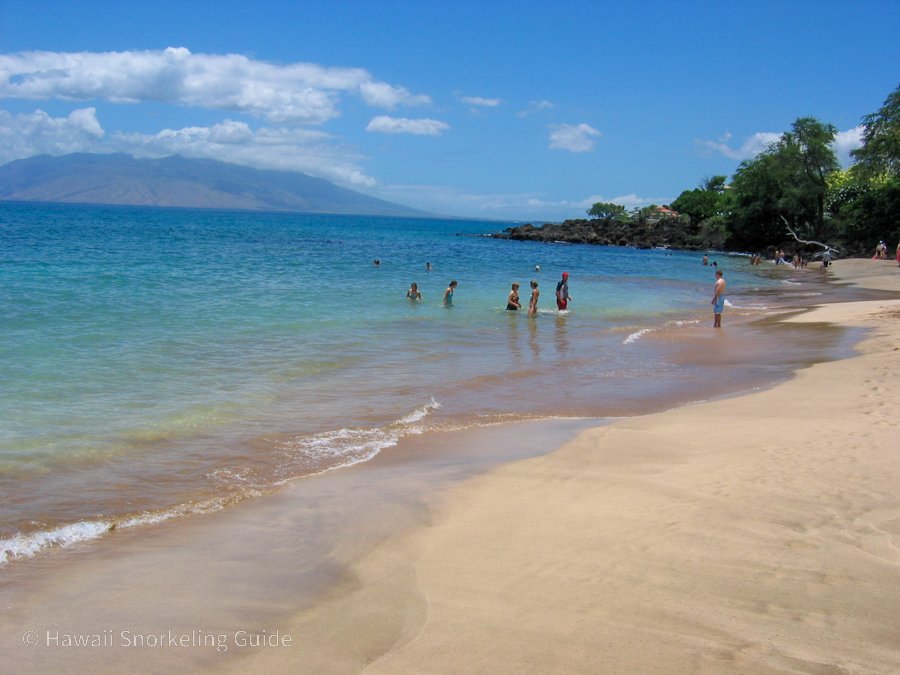 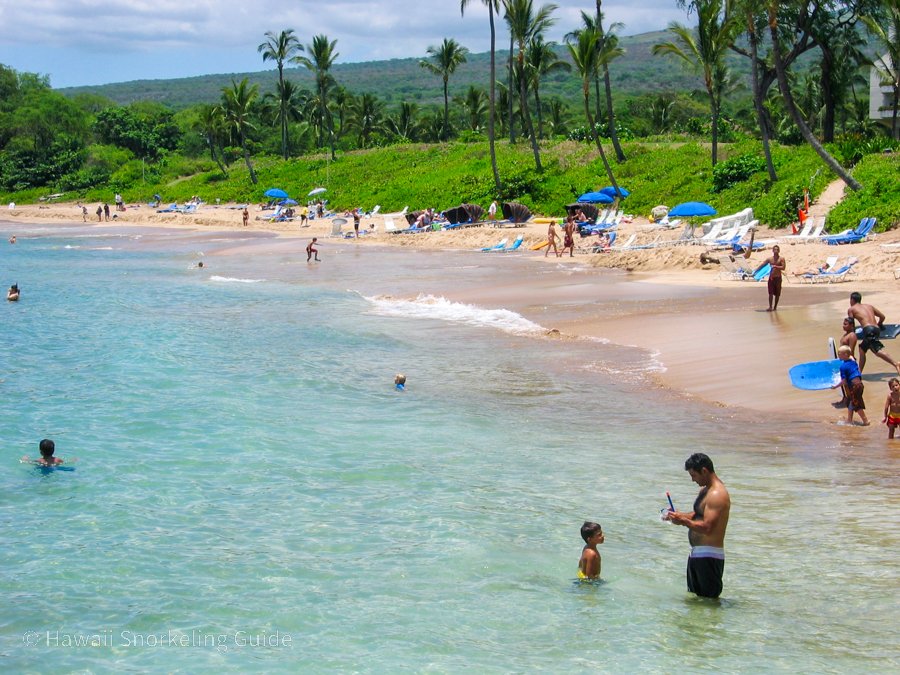 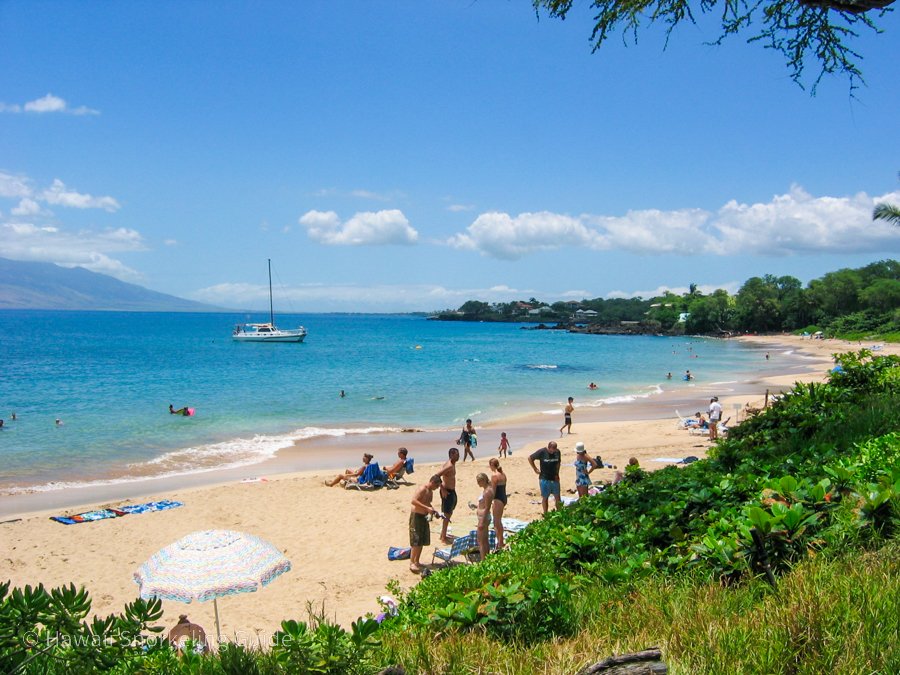 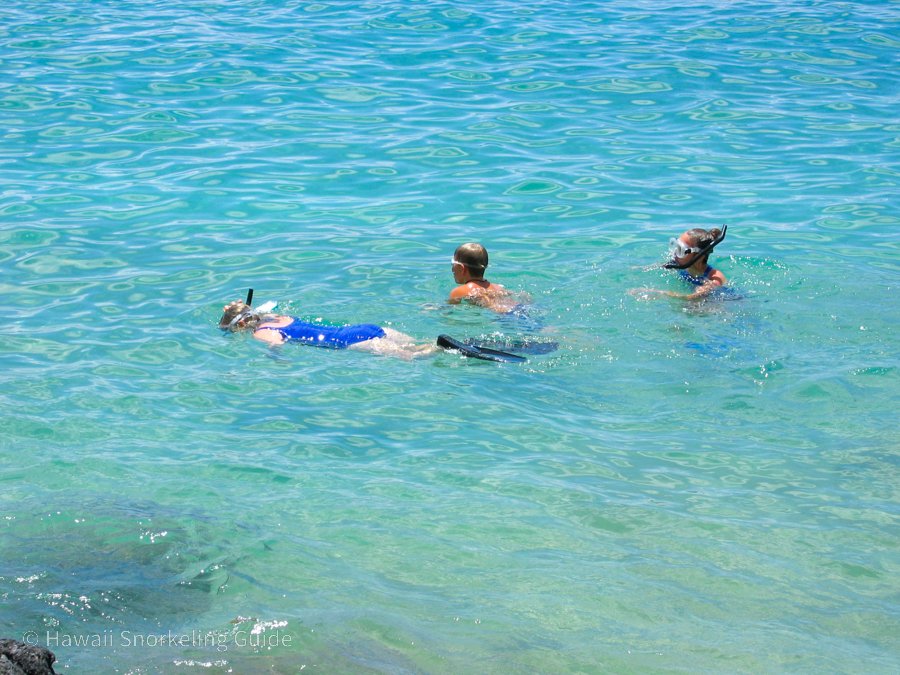 Maluaka Beach is just south of Wailea at the end of Makena Road.  The entrance is off of the main street so most visitors drive past without even knowing it’s there.  Come on… tell the truth… it’s kinda fun to know a secret huh?  Ok, well it’s not top secret, but it’s definitely one of Maui’s lesser known beaches.

One of the beauties of Maluaka is the variety of activities for which the beach is suited.  Maluaka is protected from Hawaii’s predominant trade winds because it’s hidden behind the mountain of Haleakala.  Without the strong trade winds, the sea remains relatively calm and undisturbed.  The calm water makes for great swimming, boating, and fishing.  The snorkeling is easy and relaxed.  The soft sand is perfect for tanning, relaxing, volleyball, and the kids. 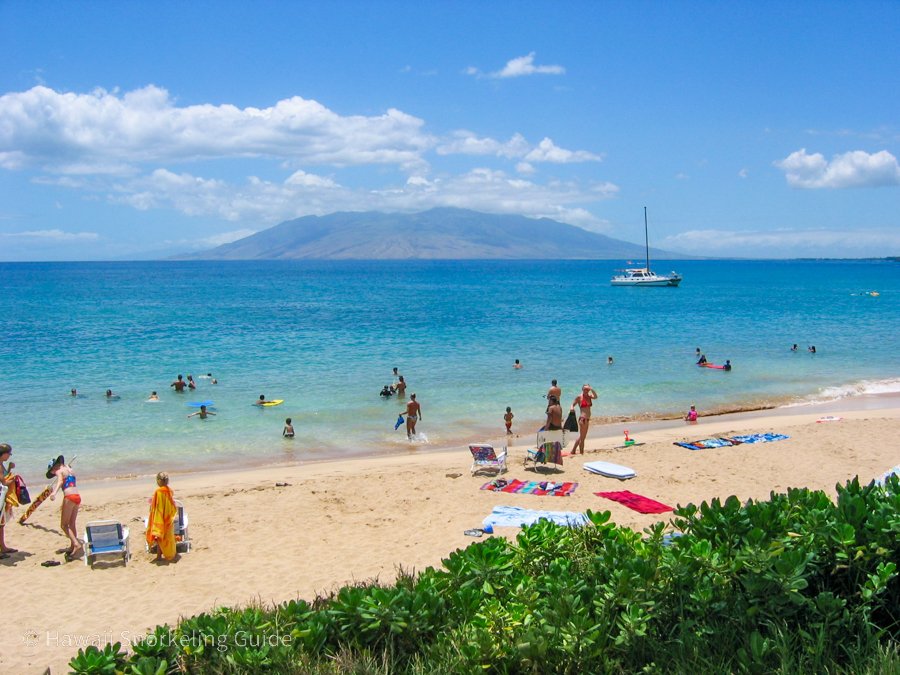 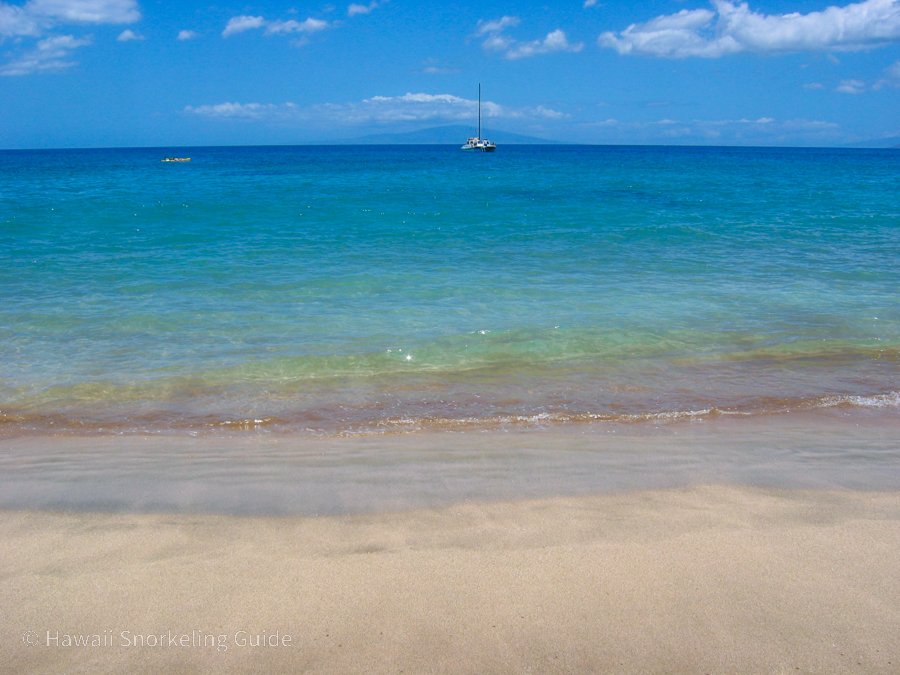 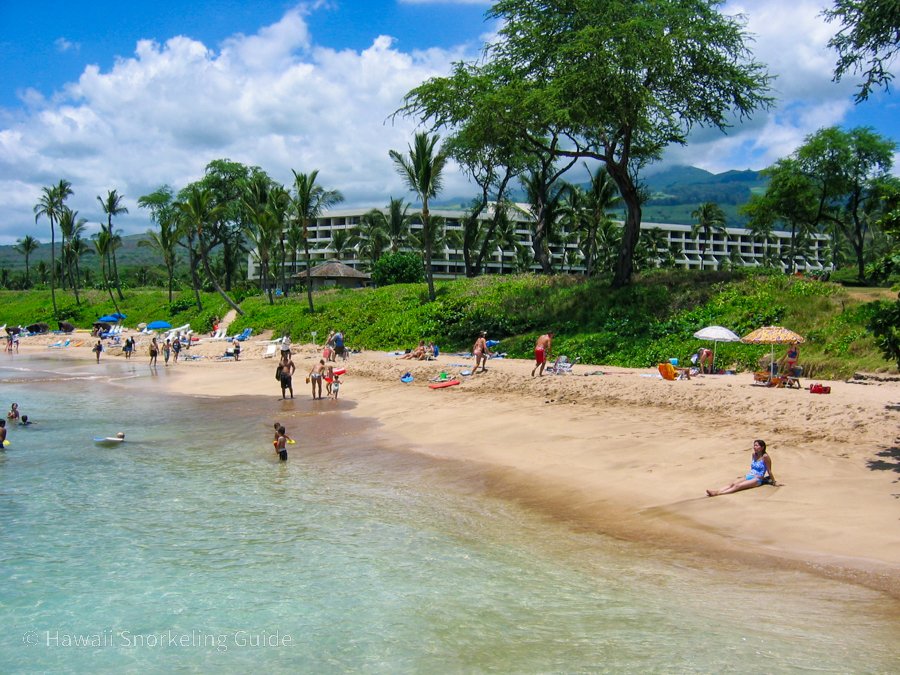 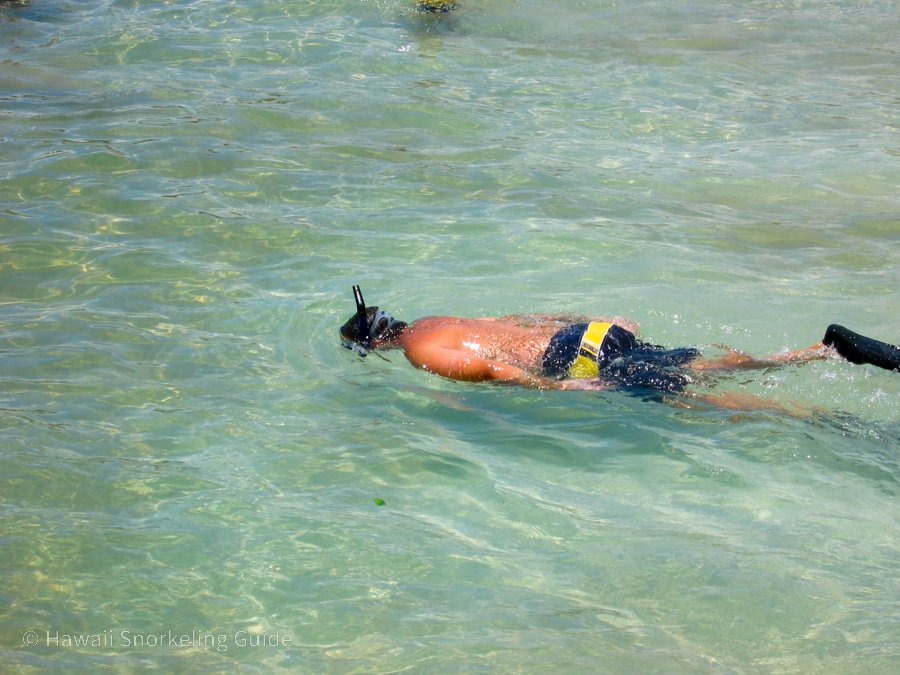 Ummm… that’s great, but what about the turtles?

I was just getting to that with my Insider Tip:

Remember what I mentioned a moment ago about the fish not being directly along the sand?  That’s because most marine life aren’t big fans of vast expanses of nothing.  If you’re asking yourself why, I think tips #4 and #5 of my Hawaii Snorkeling Tips page may clear it up for you.

To find the turtles, walk south down the beach until you get to the rocks at the end of the sand (see the two pics below).  The coral reef begins here.  This is where you’ll find the fish and, of course, the turtles.  The reef has a gentle slope so you’ll be able to find any swimming depth that’s comfortable for you. 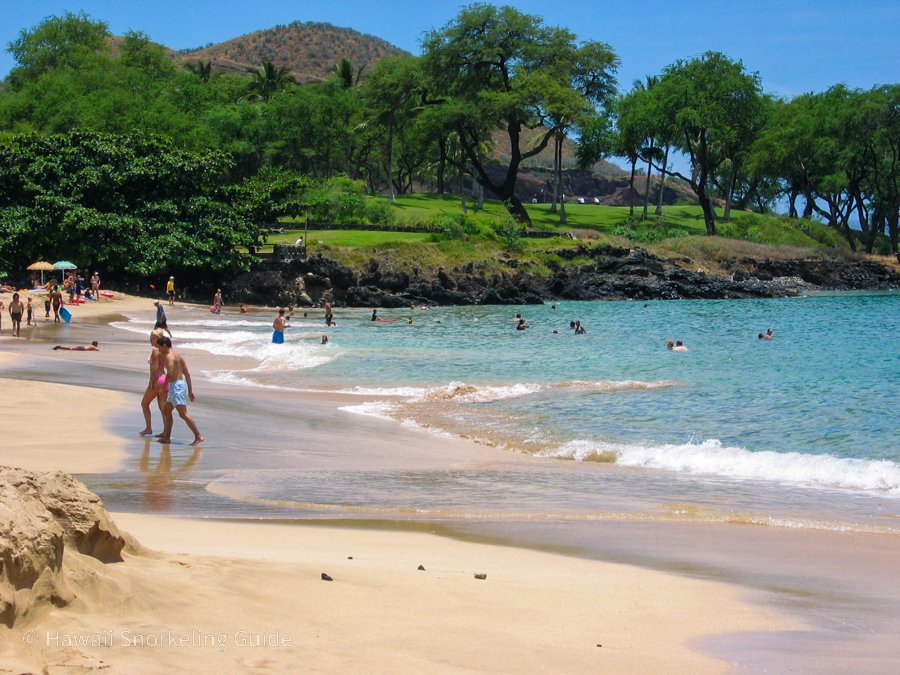 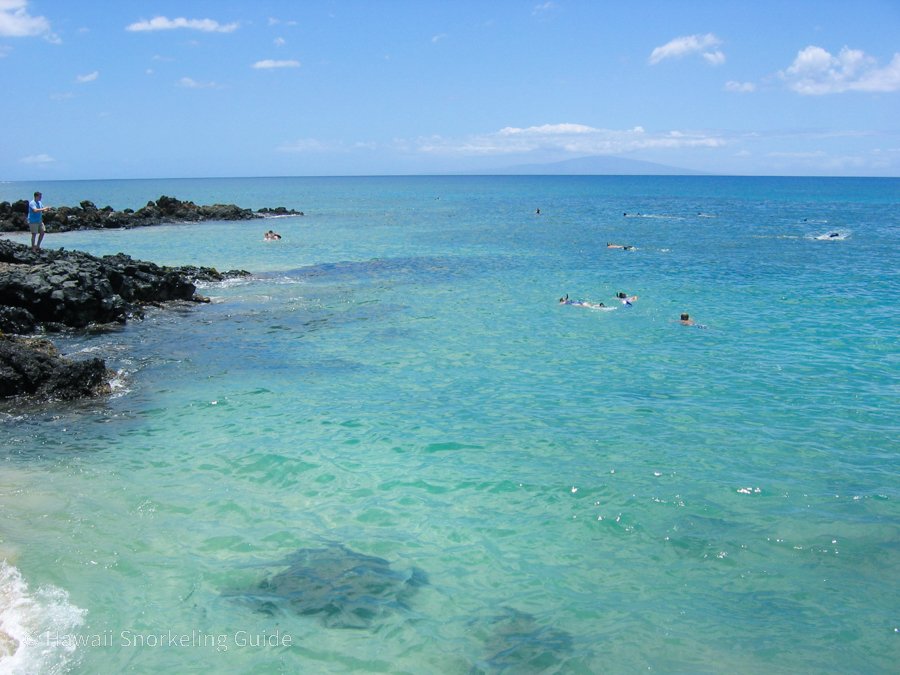 When you enter the water where I told you to and snorkel south you’ll be snorkeling along the 16th green of the Makena South golf course and in one of the best places to find Hawaiian green sea turtles in Maui.

This is how turtles introduce themselves!

Insider tip #2: Oh yeah, turtles are very comfortable in shallow water.  Don’t make the mistake of only looking in the deep.  They have no problem feeding on seaweed in only a few inches of water so keep your eyes open.  Despite their name, Hawaiian green sea turtles are brown and their shells are easily mistaken for rocks when lying still. I can’t tell you how many times I’ve seen people looking intently for turtles and swim right past them because they’re only looking in deeper water. 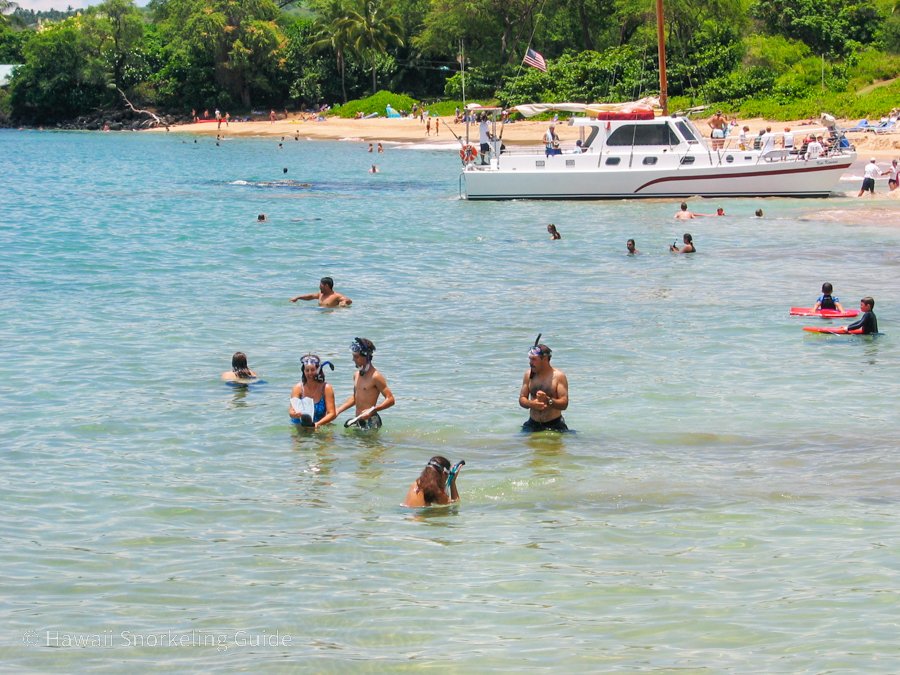 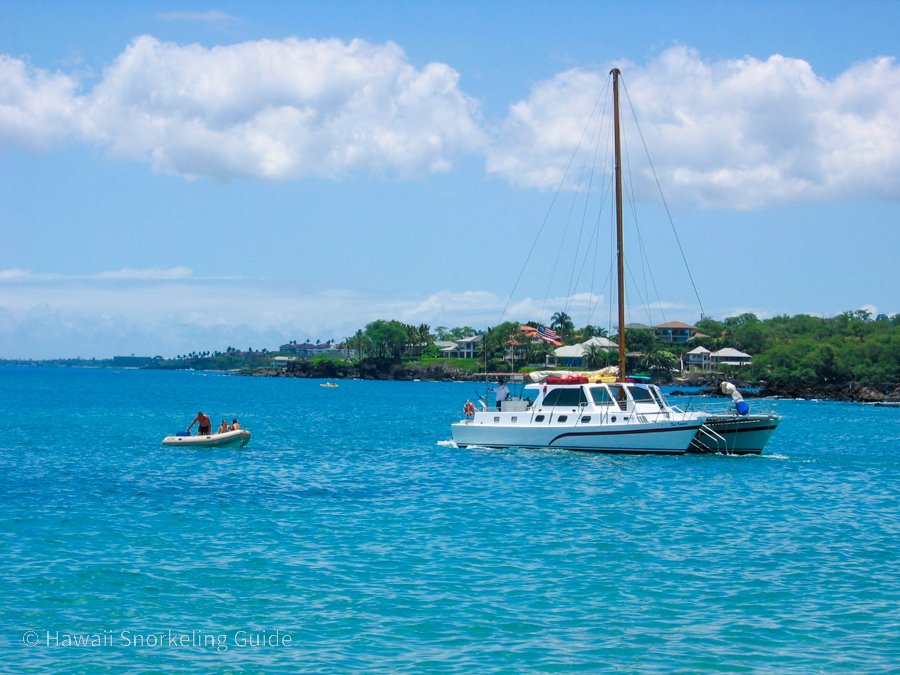 For being such a great snorkeling beach, Maluaka doesn’t have as many people as some of Maui’s other better known beaches.  Most of the people there are guests from the Westin Maui Prince Hotel which overlooks the beach.  So don’t worry, you’ll have plently of sand to yourself.

The showers and restrooms are located at the far south end of the beach toward the golf course.  There is also another shower located in the parking lot.  There is no lifeguard on duty.  There is a concession stand on the grounds of the Westin Maui Prince Hotel where you can get food and drinks, but if I were you, I’d bring my own goodies in a cooler.  It’ll save you a few bucks.

The entrance to the beach is at the end of Makena Road about 100 meters south of the parking lot.  The parking lot is small and stalls are limited.  But like I said, it’s not a well known beach so you shouldn’t have too much trouble finding parking.  If in doubt go in the morning.  Ocean conditions will be better in the morning anyway.

How do I get to Maluaka Beach?

Driving time to Maluaka from Kahului Airport is approximately 30 minutes.